Melissa is a wedding, elopement, and lifestyle photographer specializing in photographing candid and emotion filled moments with her clients.

Based in Sonoma, Napa, and San Francisco Bay Area. Available for travel worldwide.

An intimate San Francisco City elopement is a dream come true for anyone, but especially for those who truly embark on an adventure around the city to some of their favorite spots. Covid may have dettered their original plans, but they made some really great lemonade our of those lemons.

That’s exactly what Jackie and Ben did. Jackie got ready at her and Ben’s apartment in Pacific Heights and Ben chose to get ready at the Fairmont with his parents. While they were both surrounded by their closest family, they knew the best was yet to come.

We drove out to Fort Point just near the underbelly of the Golden Gate Bridge. Jackie and I walked to find Ben and were nearly impaled by a GIANT rogue wave over the rock edge. They had an amazing first look and spent some time watching the ocean together.

We left Fort Point and then headed over to Fort Mason because it’s a special place to them and their relationship. We walked around and took portraits all over. It was a gorgeous October day and though rain had been forecasted, we had been lucky.

Once we were finished with our portraits, we drove back to Ben and Jackie’s apartment. We then walked up to Lafayette Park near their house where their family was preparing for the wedding. The sky grew darker with impending wetness and we knew we had to hustle. We made it all the way through the ceremony before the first drops fell from the sky, just in time for champagne. We wrapped our time together by taking some family portraits and walking around the park together in the rain. It was dreamy as all hell.

Dreaming of your own San Francisco City Elopement? 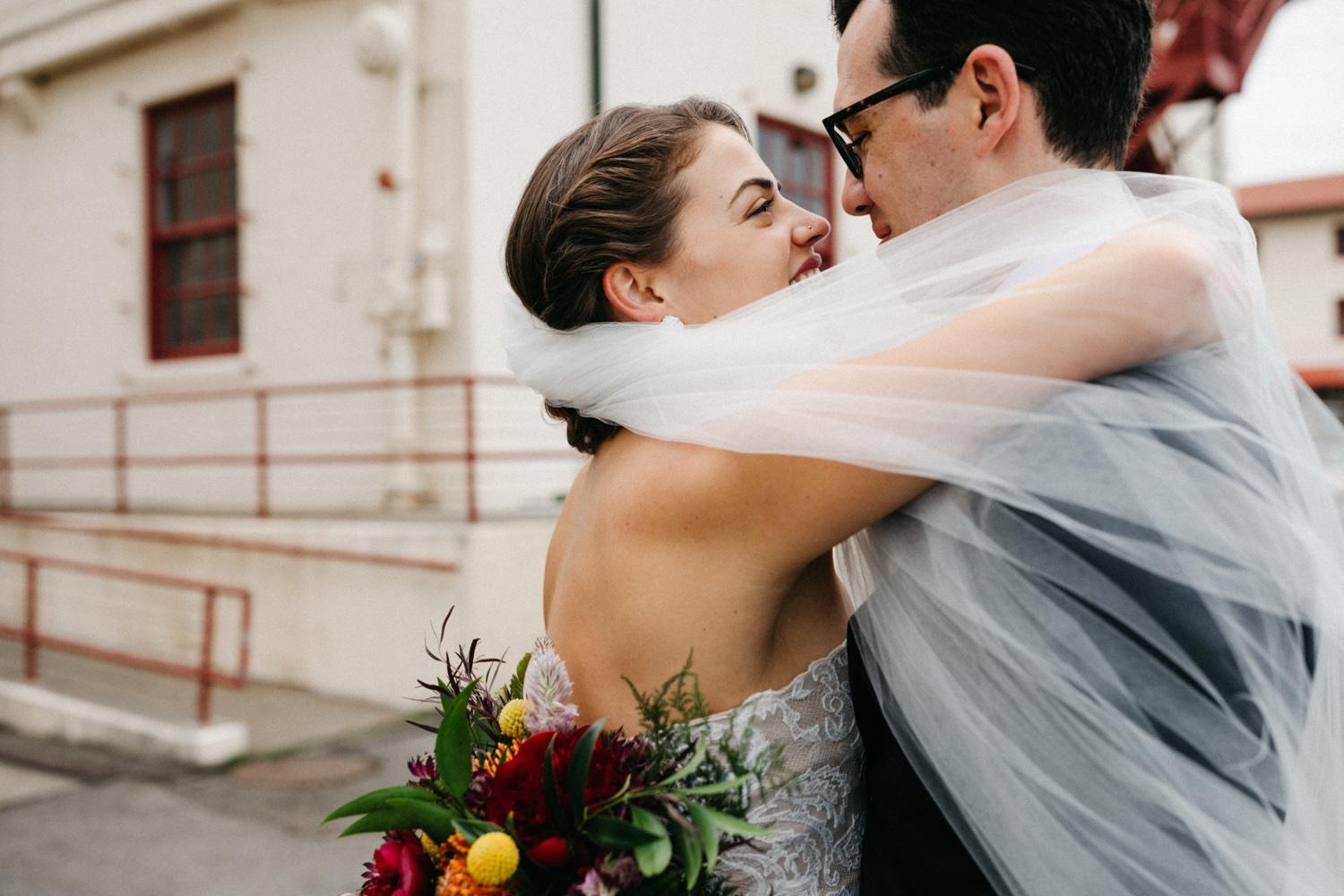 Dreaming of San Francisco City Hall Elopements and engagement sessions? Reach out to me! I LOVE them!

Also, while you’re here, some more SF inspo for you 🙂

Healdsburg’s The Madrona is Back »

Top Wedding Trends to Watch in 2023

a few favorites from

Jenn and Frank reached out after seeing one of their best friend’s engagement session with me over the Spring of 2021. They loved the session and had heard amazing things from their friends.

Kenz and Brian planned a romantic spring wedding at Beltane Ranch for their family and friends who joined them from around the world. Their own story is unique and they live a life full of adventure while living in a quiet mountain town in Colorado. Check out their stunning wedding over on the blog.

Top Wedding Trends to Watch in 2023

2023 is finally here and with last year behind us, it’s time to see what amazing wedding trends are coming down the pike. Personally, these are some of my FAVORITE 2023 wedding trends to watch. Let me know what you think!